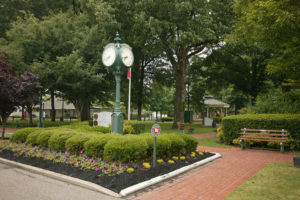 After carefully reviewing thousands of entries, Parade Magazine chose Collierville, Tennessee as having the “2014 Best Main Street in America”. While all of us at Magnolia Homes and Oak Grove Realty were thrilled at the great news, we already knew that Collierville is an exceptional town.

“In the summer, neighbors gather on the Collierville square, a picturesque park at the heart of the community, for free concerts,” the magazine reported. “Local pride springs from the town’s rich history but also its promising future: Since the 1990s, the population has tripled as corporations like FedEx have moved to town, and the local economy is thriving. But the success of downtown is no accident. Credit also goes to a roster of programs that promote smart development.” 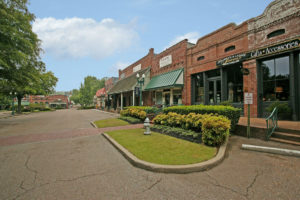 Parade’s editors narrowed the list of more than 2,000 nominated towns to 16 Main Streets, including McMinnville, OR; Corinth, MS; Siloam Springs, AR; Greenville, SC; DeLand, FL; Galena, IL; Montpelier, VT: Rockland, ME; and Flagstaff, AZ. Readers then weighed in on the finalists, casting their votes over a four-day period earlier this summer. Collierville (population 47,333) was announced as the winner on August 15.

And we heartily agree! Because we respect the charm, quality, and historic integrity of this beautiful town, Magnolia Homes located two of our premier communities there—Shepherd’s Creek and Village Park. Our homeowners have chosen their custom homes in these neighborhoods, in part, because Collierville presents such an appealing location. The schools are highly ranked, the proximity to Memphis allows for easy commuting, and Collierville’s charm is unmatched—anywhere in the United States!